The first thing to understand is that absolute layout has nothing to do with CSS absolute position. In Xamarin Forms. absolute layout allows us to position elements in the page by precising X, Y, width and height of the element. Using these values we can freely place elements anywhere in the layout. It also allows us to specify which values are proportional (expressed as a percentage of the container width/height).

Let’s see an example. If we decide to place an element at (0, 0) we would write:

This will result in the following: 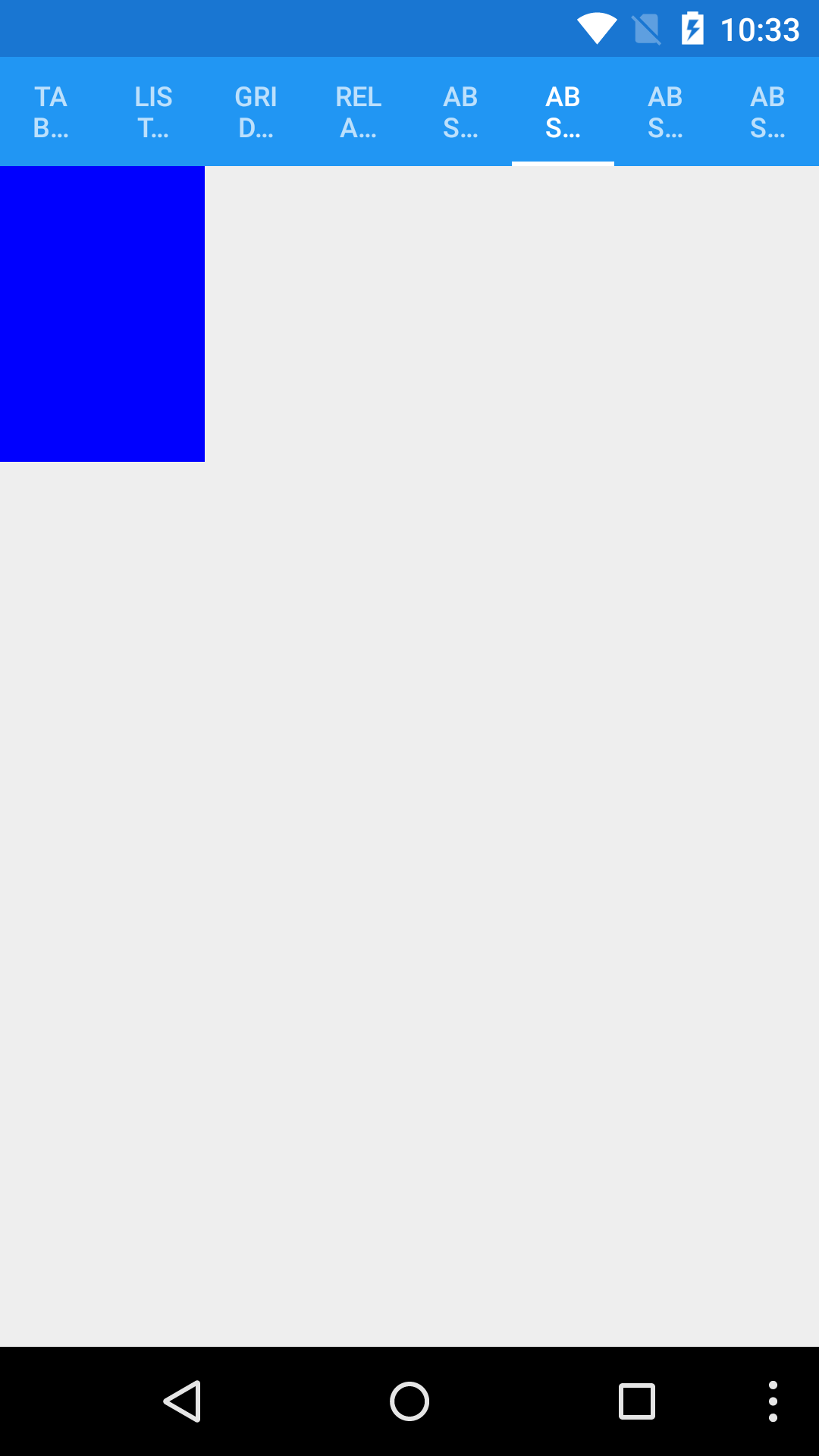 The box is now centered in the middle of the page. 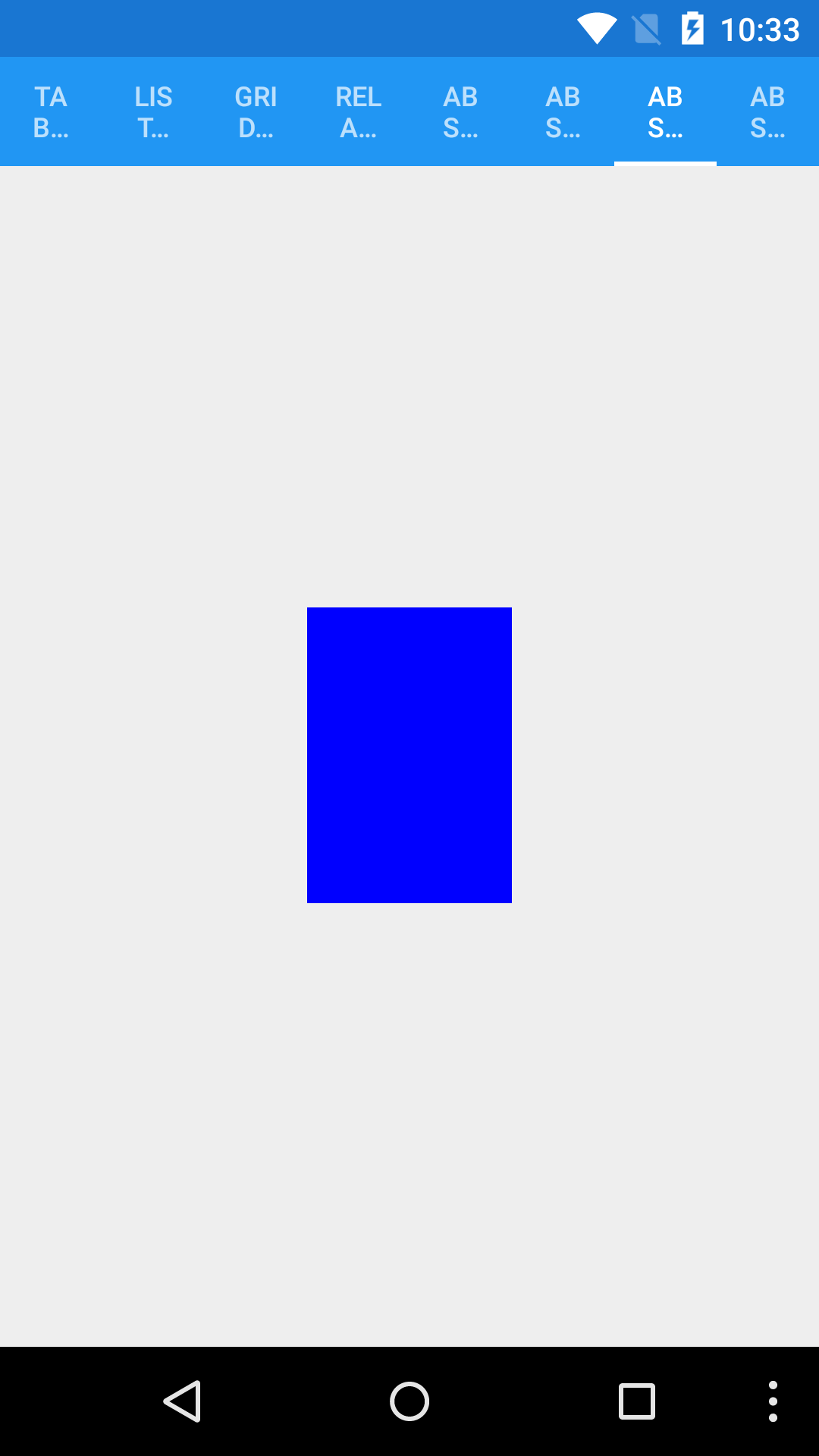 The box is now at the bottom right. 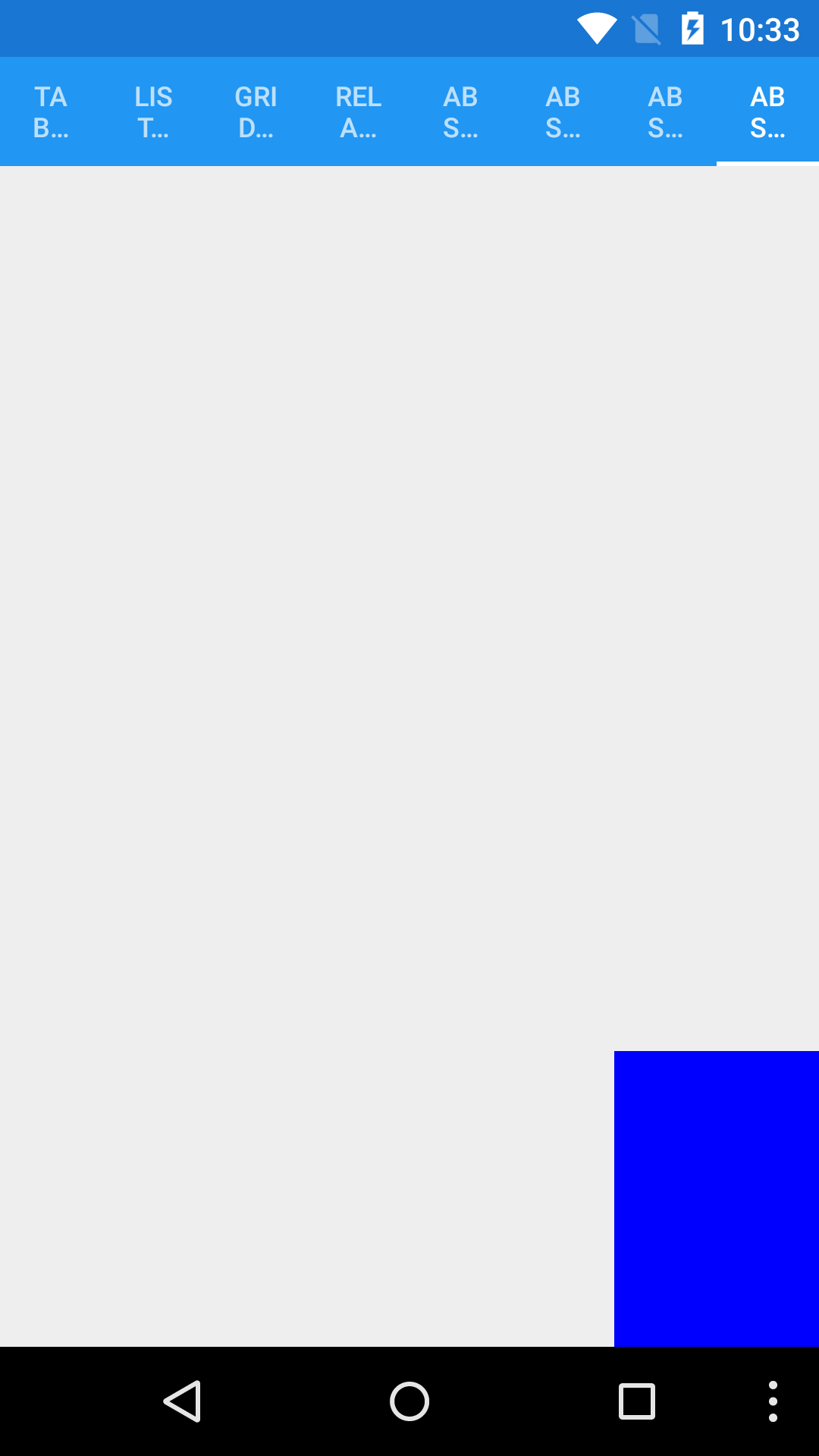 When I first encountered that, it confused me. Why for 1:1, the element isn’t out of the screen?

What happened is that while X and Y were changed, the anchor of the element changed too. In other words, while we changed the X and Y, the (0, 0) point defining the placemenet of the box changed.

Why does the anchor changes? It changes to guaranty that the element will always be on the screen and it makes it easy to position elements at top, middle and bottom or left, miggle and right.

What can I do with it?

The way the absolute layout changes the anchor makes things very easy in scenarios where we only need to place two elements. Placing two elements vertically or horizontally becomes effortless.

Relative layout is used, as it names indicate it, to place a view in relation to something else - either another view or the parent view.

Here is a simple example of a relative layout. Relative layout is useful when we need to place element precisely on the screen.

All the samples are available on my GitHub repository https://github.com/Kimserey/XamarinFormsDefaultLayoutSample.

When I first started to use Xamarin.Forms, it took me a while to understand that Absolute layout in Xamarin is not the same as Absolute positioning in HTML/CSS. After understanding that, I started to look into how it really worked rather than assuming how it worked and this post basically describe what I have learnt. In my opinion, Absolute layout is very useful for proportional layouts. It’s extremely useful to separate the screen in two sections and it is what I always use it for. I hope this post helped to demystify Absolute layout and Relative layout let me know if you have any question by leaving a comment here on hit me on Twitter https://twitter.com/Kimserey_Lam. See you next time!